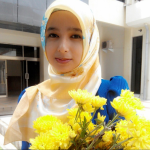 an Ultimate Guide to Get Scholarships and Study Abroad


Warning: getimagesize(https://i1.wp.com/kikyedw.com/wp-content/uploads/2018/01/books-education-school-literature-51342.jpeg?resize=360%2C270&ssl=1): failed to open stream: HTTP request failed! HTTP/1.1 400 Bad Request in /home/smallroo/public_html/kikyedward.com/wp-content/plugins/monitor-adblock/monitorblockad.php on line 55
Hello. We've noticed that you're using AdBlock. If you like our content and want to support us in order to produce more great stuff in the future, you can start by disabling AdBlock. This way, we will be able to financially support our website. Please add kikyedward.com to your ad blocking whitelist or disable your adblocking software. Thanks!